Ford in the UK has confirmed its three-cylinder 1-litre Fox gasoline engine does have a cylinder block of compacted graphite iron (CGI).
The turbocharged, direct injection  engine is being built at Ford’s Camaçari engine plant in Brazil, which opened two years ago.

The CGI cylinder blocks are being shipped from the Joinville foundry of Tupy SA, also based in Brazil. The foundry specialises in casting CGI cylinder blocks for a wide range of passenger cars and commercial vehicle diesel engines. Tupy uses the SinterCast process technology to precisely control the formation of CGI.
It is understood this could be the first in-line gasoline engine to use CGI for cylinder blocks. The Ford 1-litre EcoBoost has won numerous "Engine of the Year" awards (below). 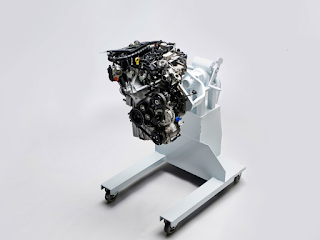 Congratulations for that SCOOP John. It´s been talked about since two years but not confirmed until now.