GM boosts diesel use for pick-ups

Is The General’s dream of seriously stepping up to the pick-up truck diesel engine table to rival Chrysler and Ford be about to be realised?

Chevrolet introduced at the Los Angeles auto show this week the Colorado ZR2 concept – a vision of how The General's division could take the all-new midsize truck’s off-road capability to the next level.

It also showcased the new 2.8L Duramax diesel engine that will arrive in the Colorado line-up later next year.

The aggressively styled concept builds on the capabilities of the production Colorado Z71 and advances the legacy of Chevrolet’s previous ZR2 production models. GM describes the ZR2 (shown below) as a fun vehicle. 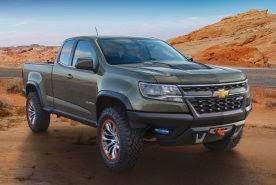 “From the bold stance to the trail-ready special equipment, the Colorado ZR2 is all about the fun of driving where the pavement ends – and doing it in characteristic Chevy style,” said Tony Johnson, Colorado marketing manager. “Chevrolet has a heritage of the ZR2 representing the ultimate in production-based off-road capability and we’ll gauge the public’s interest in this concept as we continue to explore the possibilities for the all-new Colorado.”

Aside from the Colorado ZR2’s imposing new stance and design changes, including the vehicle’s off-road traction being enhanced with electronic-locking front and rear differentials, which distribute torque to 275/65R18 off-road tyres, the pick-up sees the arrival of the All-new 2.8L Duramax diesel with an estimated 181bhp (135kW) at 3,400rev/min and 369lbft (500Nm) torque at 2,000rev/min.

GM says the 2.8-litre Duramax diesel is part of a new, global family of turbo-diesel four-cylinder engines designed to deliver more-efficient capability. It features a variable-geometry turbocharger for optimal power and efficiency across the rpm band and a balance shaft for greater smoothness.

According to Tom Read, GM technology communications, powertrain, Pontiac, Michigan: “The engines use a cast iron block, they are four cylinder engines and they were engineered by GM Powertrain in the US and tailored for global markets with testing undertaken around the world including Thailand, and Brazil.

“This new Duramax diesel engine will take efficient capability to an entirely new plateau for the midsize truck segment,” added Johnson. “Its broad torque band makes it very powerful at low rpm, while the turbocharged performance provides a confident feeling of immediate and smooth power on demand – attributes customers will appreciate when trailering.”

The engine is backed by a six-speed automatic transmission.

GM made a significant investment of US$1.4 billion resulting in a manufacturing facility in the Eastern Seaboard Industrial Estate in the Rayong province of Thailand. Opened on August 3, 2000, the Rayong facility is GM’s regional hub for vehicle production both for domestic sales and export under the Chevrolet and Holden nameplates. The plant and celebrated its millionth vehicle built in February 2014.

In September 2011, GM opened a new US$200 million state-of-the-art powertrain facility and recently celebrated the production of the 100,000th engine in June 2013. The facility is GM’s first diesel engine plant in the region and the first in the world to produce the all-new-family of Duramax four-cylinder diesel engines.

But the bigger question is: Will GM revive its ideas for a 4.5-liter Duramax 72° V-8 diesel (code-named LMK) in its full-size half ton trucks? This project hit the rocks amidst The General’s financial woes. The project was cancelled in 2009, and it was reported earlier this year that GM vice president of global powertrain, Steve Kiefer, had made various comments to the effect that GM could “dust off” the 4.5L diesel engine.

Among the engine’s interesting design features was the use of compacted graphite iron (CGI) for the vee cylinder block – GM’s first step (aside from motor racing) into the world of CGI.

It is well known too that this year Ford launched into using a CGI block for its 2.7-litre V6 EcoBoost gasoline engine for its F-150 pick-up trucks. And indeed, the US Environmental Protection Agency (EPA) has just awarded the EcoBoost-powered F-150 (shown below) its highest estimated fuel economy rating amongst gasoline-powered pick-up trucks sold in North America.  According to Ford, the F-150 can return 19mile/gal in city, 26mile/gal on highway and 22mile/gal overall. Ford also claims that against a 2008 model year F-150 this represents an economy rating improvement of 43 per cent while power-to-weight increases up to 46 per cent. So at least two major US firms (aside from Nissan with its Cummins-powered Titan pick-up truck) have thrown down the gauntlet in the direction of GM. 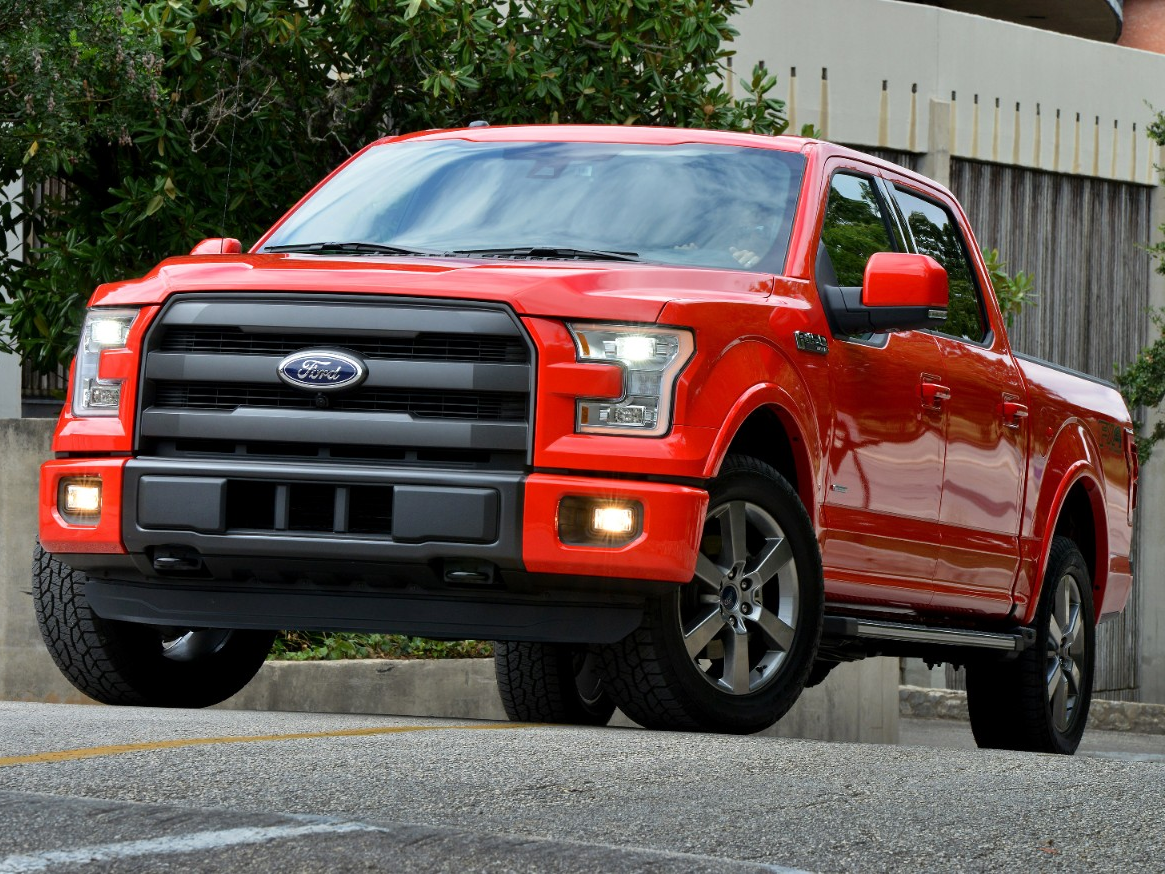 In comparison with the 2.8-litre Duramax, the VM Motori-produced V-6 EcoDiesel produces 240bhp and 420lbft torque.

The as-yet-to-be-launched 4.5-litre GM diesel uses a unique head design in which the intake portion is located on top of the cylinder head while the exhaust manifolds exit into the engine valley. The engineering goal is to increase the thermal efficiency of the turbocharger (located in the engine valley).

VM Motori of Cento, Italy, is a company with a chequered career. Detroit Diesel Corporation (DDC) purchased VM Motori in 1995, but five years later, in 2000, DDC was itself purchased by the then DaimlerChrysler AG.

Three years later, in 2003, Roger Penske’s Penske Corporation purchased a 51 per cent stake in VM Motori. Then, in 2007, Penske bought the remaining 49 per cent from DaimlerChrysler and subsequently sold 50 per cent of the business to GM. That same year, 2007, both deals were awaiting European regulatory approval and the value of the deal was not declared.

The following year, a new player entered the scene. In September 2008, GAZ Group, which had purchased UK-based van-maker LDV in the UK (a user of VM Motori engines for its vans) announced plans to purchase a 50 per cent stake from Penske Corporation, but ultimately cancelled the plans six months later in February 2009.

During their time together, GM and the Italian diesel engine maker designed the 3-litre diesel for Cadillac’s European market ATS, CTS and SRX. So in part the engine could be funded by GM. It was during this period that GM could have gained an insight into the design and manufacture of CGI-based diesel engines – an insight that could translate across to the 4.5-litre job when, and if, it appears.

However, according to some sources the 4.5-litre was allegedly developed by GM in-house, without cooperation from Isuzu or VM Motori.