The North American medium duty truck scene will change this summer when production of the revised F-650/F-750 models begins at the company’s Avon Lake facility in Ohio. 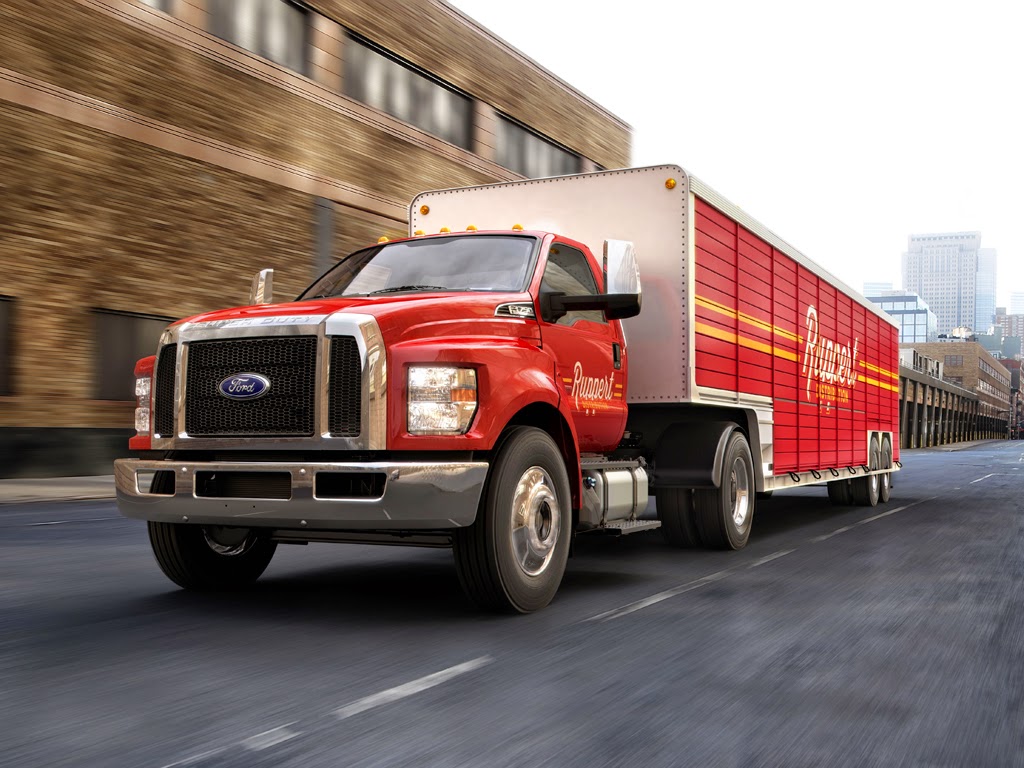 Ford is also taking the opportunity to introduce the V10 gasoline engine into the F-750 in a bid to expand the market for these engines. The bonneted layout of the F-750 makes the introduction of vee engines a straightforward procedure.

Seemingly, some 10 per cent of F-650 sales are accounted for with the V10 gasoline engine and the company is expecting a similar take-up for the F-750.

The 6.8-litre V10 gasoline engine is built at Ford’s Windsor Engine Plant in Ontario, Canada and in Class A motor home vehicles it is rated at 362bhp and 457lbft torque. In the F-750, the V10 is rated more conservatively at 320bhp but the torque is 'tweaked' slightly higher at 460lbft. However, Ford will be making gas engine versions available, able to run on propane (LPG) or CNG, but does not go into the fine detail as to the additional tanks that will be required or theengine modifications necessary to achieve satisfactory performance.

As well as a switch diesel engine sourcing, Ford will drop the Allison Transmission six-speed automatic transmission in favour of its own in-house TorqShift six-speed ‘box.

Thus, two major US OEM vendors will be hit by the latest developments at the Dearborn, Michigan headquartered company.

The Cummins 6.7-litre ISB diesel engine is rated at 385bhp and 850lbft torque whereas the Scorpion is capable of delivering 440bhp and just 10lbft torque more than the Cummins at 860lbft.

In March last year, in announcing the engine upgrade, Ford noted that three power levels would be available in the revised F-650/F-750 models, namely 270bhp and 675lbft torque, 300bhp and 700lbft torque and finally 330bhp and 725lbft torque. These power and torque levels remain valid for the revised F-650 and F-750 trucks. Ford engineers are keen to stress the Scorpion V8 diesel is quieter both during idling and on the road at 60 mile/h than the Cummins ISB engine it is replacing.

Ford claims to have one-third share of the Class 5-7 truck market with Class 5 trucks accounting for 60 per cent.

Ford is hoping the revised F-650/F-750 models will allow the company to “take a run” at the medium to heavy truck sector.

While Ford’s experience with machining CGI material at its Chihuahua Engine Plant using machine tools sourced from vendor MAG-IAS has put the company at the forefront of North American vee diesel engine makers.